VFW Post 1177 was recently contacted by the caregiver of an elderly dementia patient in Sterling, VA, and asked if the Post could replace the old, faded and torn American flag in front of the patient’s home. On September 14, Post 1177 Comrade Stephen Hood responded to this request and installed a new flag.

Scout Troop 1159, sponsored by Loudoun VFW Post 1177, jumped into action recently to help fold hundreds of American flags donated to the Post over the past two COVID years. At the Troop's regular meeting night, September 21, 2021, 24 Scouts paired up, under the tutelage of Post 1177's Past Commander Max Gutierrez, and quickly learned the correct way of folding the flags, and then set to work quickly filling large plastic tubs with the blue and white-starred triangles. At the end of the session, Past Commander Gutierrez and Current Commander Ray Delpesche presented each Scout with a memento from the 2019 flag retirement, a metal grommet retrieved from the ashes and affixed with a distinctive, laminated bookmark with the Pledge of Allegiance. Two nights later, members of the local Civil Air Patrol, which meets regularly at Post 1177, finished up the flag folding and were similarly presented with the mementos. All folded flags were retired by Post 1177 members by burning on September 25, 2021.

Fun was had by all at Band Night on Friday September 24th at VFW Post 1177 in Leesburg, VA. Over 60 people from our VFW Post, American Legion, Rotary Club of Leesburg, Loudoun/Leesburg Volunteer Fire and Rescue, and Knights of Columbus attended the event that raised over $2000 for the post. A great thank you to our sponsors Mission BBQ, Mama Luci’s, Chick-fil-la, Wegmans, and Black Hoof Brewery provided the wonderful food and refreshments. Of course the evening would not have occurred without our great band, “Crazy After Midnight” and Andy Nocero. If you missed it, we will do it again in the spring.

We will be hosting the October Membership Meeting at the Post Home on October 6, at 7:30 PM. Uniform for the meeting is the Member Cap or Ball Cap. We will be practicing social distancing during the meeting and masks will be REQUIRED for all comrades. A virtual attendance option will be sent out to the membership.

The 2021-22 themes have been chosen. The Voice of Democracy theme will be “America: Where do we go from here?” The Patriot’s Pen theme will be: “How can I be a good American?”

Every year, Veterans of Foreign Wars of the United States (VFW) Post 1177 conducts a Buddy Poppy drive during the Memorial and Veterans Day weekend to raise money for the Post Veterans Relief Fund. These vital funds support Loudoun County veterans and their families in need – and nothing else. Due to COVID-19, we were unable to greet you at the grocery store, hardware store, or street corner as in the past, and as a result we’re asking for your support virtually.

Post 1177 has earned All-State Status for the 2019-2020 year! Thank you to our comrades for supporting the post's mission of supporting veterans and their families.

As yesterday's defenders of freedom, we want to welcome today's military service members into our ranks to become part of our elite group.

Coming home does not mean the battle is over. With over 10 times the amount of veterans lost to suicide than to combat operations in the same time period, there has never been a more important time to TAKE A STAND and DO something to support our veterans!! If you or someone you know is suffering from PTSD, we have people that have shared a similar experience and are ready to help.

Since 1932, our small Post has been helping Loudoun County veterans and veteran family members as they work to rebuild their lives and become part of their communities again after serving their country. However, our building has aged and needs support in its upgrades.

Every Day is Veterans Day

Welcome to Veterans of Foreign Wars Loudoun County Post #1177. Our post is comprised of over 300 veterans who served our country during WWII, the Korean War, the Vietnam Conflict, Desert Shield/Desert Storm, actions in Bosnia and other distant places, and most recently during the current Global War on Terror. Please join us at our Post Home in Leesburg (401 Old Waterford Rd) on the 1st Wednesday of every month at 7:30 PM.
We are proud to announce we are an ALL-AMERICAN POST for 2016-2017 and ALL-STATE VIRGINIA POST for 2016-2020!
yesterday's defenders of freedom, we want to welcome today's military service members into our ranks to become part of our elite group.  Our common bond is the battlefield, whether it in the Persian Gulf, Korea, Kosovo, the war on terrorism or peace-keeping expeditionary campaigns. Your courage and sacrifice have made a difference in preserving and defending world peace. 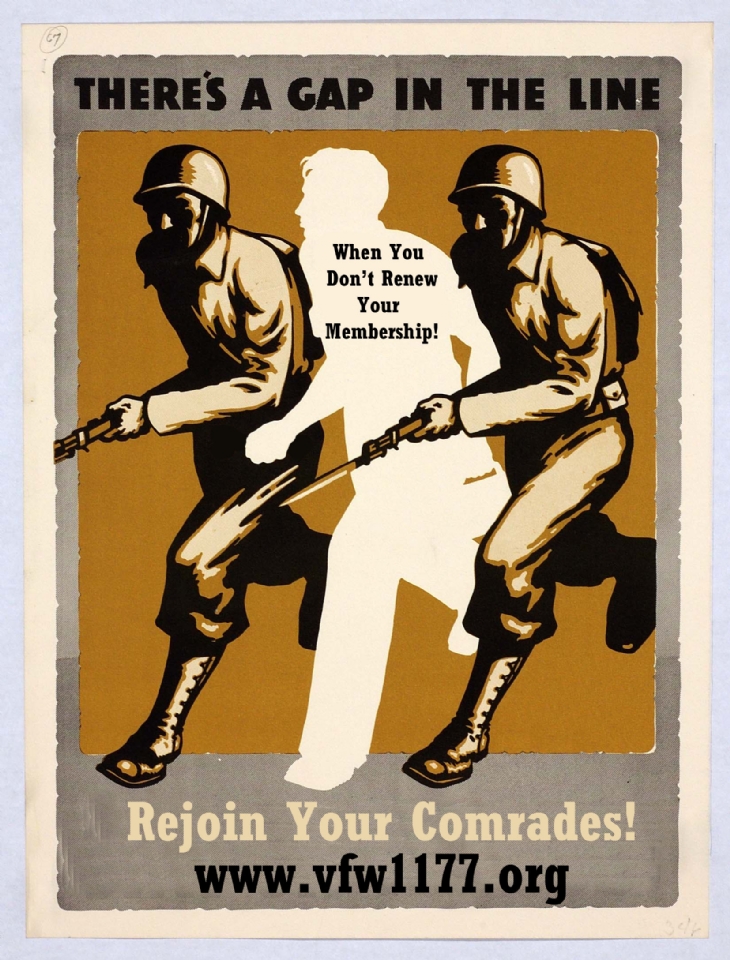 As yesterday's defenders of freedom...

...we want to welcome today's military service members into our ranks to become part of our elite group.

The Veterans of Foreign Wars is dedicated

WHAT OTHERS ARE SAYING

You were not alone over there. You are not alone now. There are 20 million veterans who would give their lives for you. Please don't take yours.

The willingness of America's veterans to sacrifice for our country has earned them our lasting gratitude.

It is through the efforts of community partners like you that allow us to continue the quality care and services that we seek to provide our deserving veterans.  Thank you for your continued support and advocacy.

Congratulations to the winners of Loudoun County VFW Post 1177's 2020-2021 Voice of Democracy and Patriot's Pen competitions, along with the VFW Loudoun County, Teacher of the Year!!! This year we had entries from all over Loudoun County across all of these categories, and the judging was very, very difficult! These Winners and Honorable Mentions represent the BEST of Loudoun County!! They will all be honored at the 7 April 2021 VFW Post Meeting at 7:30pm! The Loudoun VFW Post Home is located at 401 Old Waterford Rd. in Leesburg Virginia.

Thank you Justin for your hard work in ensuring Post 1177 grounds are squared away.

District Commander Robert Adamczyk of the Veterans of Foreign Wars of the U.S. Virginia District 10 announced the kick-off of this year’s VFW’s Voice of Democracy and Patriot’s Pen Scholarship competition. Local high school and middle school students can compete for thousands of dollars in scholarships.

Reston, VA – MAY 5, 2021 – The Dulles Area Transportation Association (DATA) and the Northern Virginia Veterans Association (NOVA Veterans) have been awarded federal funding for a joint project to provide veterans who are disabled or over 65 with transportation to COVID-19 vaccination appointments. While vaccination availability has increased, an escalating critical transportation crisis is preventing our most vulnerable veterans from getting vaccinated. This is particularly problematic for those veterans who receive their medical care from distant Veterans Administration medical facilities and are without reliable transportation.

News & Info from your department

A Mission Like No Other: Bringing Our Missing Home

Nearly $6,000 for community service and Post home improvements all funded by Powerhouse Gaming.

A Haircut at Sport Clips or a Text Before Nov. 13 Can Help A Hero Go Back to School

WASHINGTON - Each year on Sept. 29, Veterans of Foreign Wars (VFW) Day is celebrated at Posts and in communities around the world.... 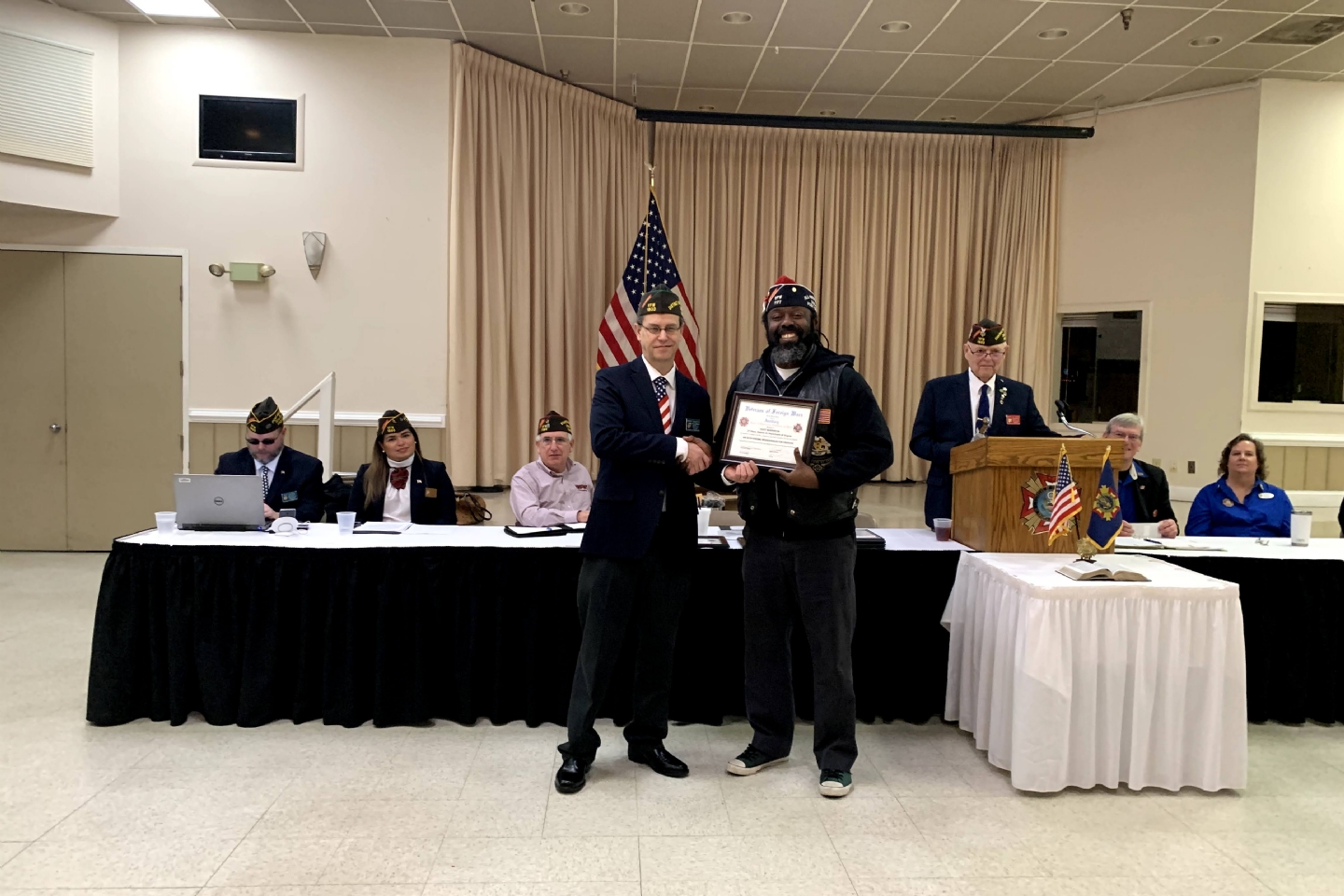 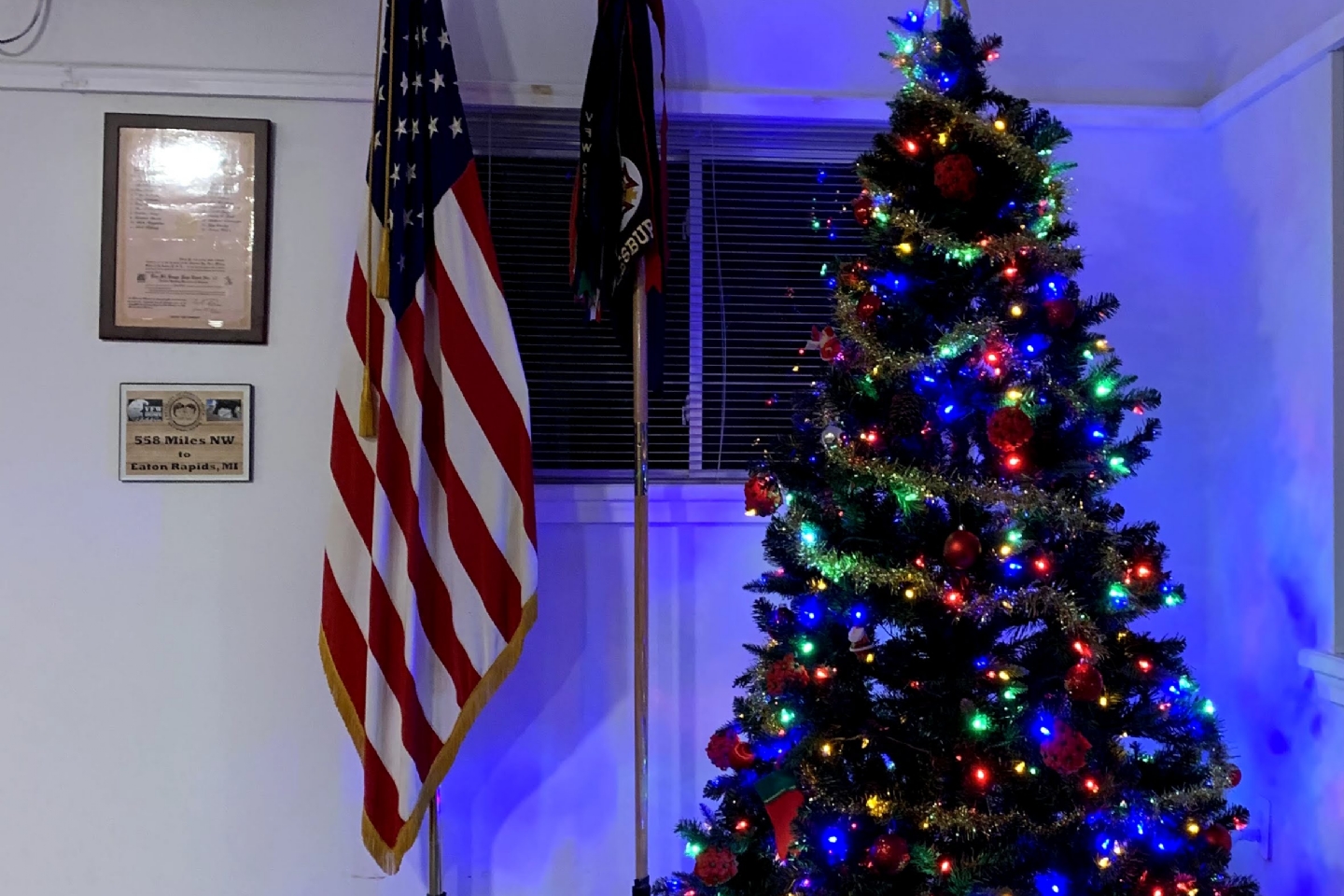 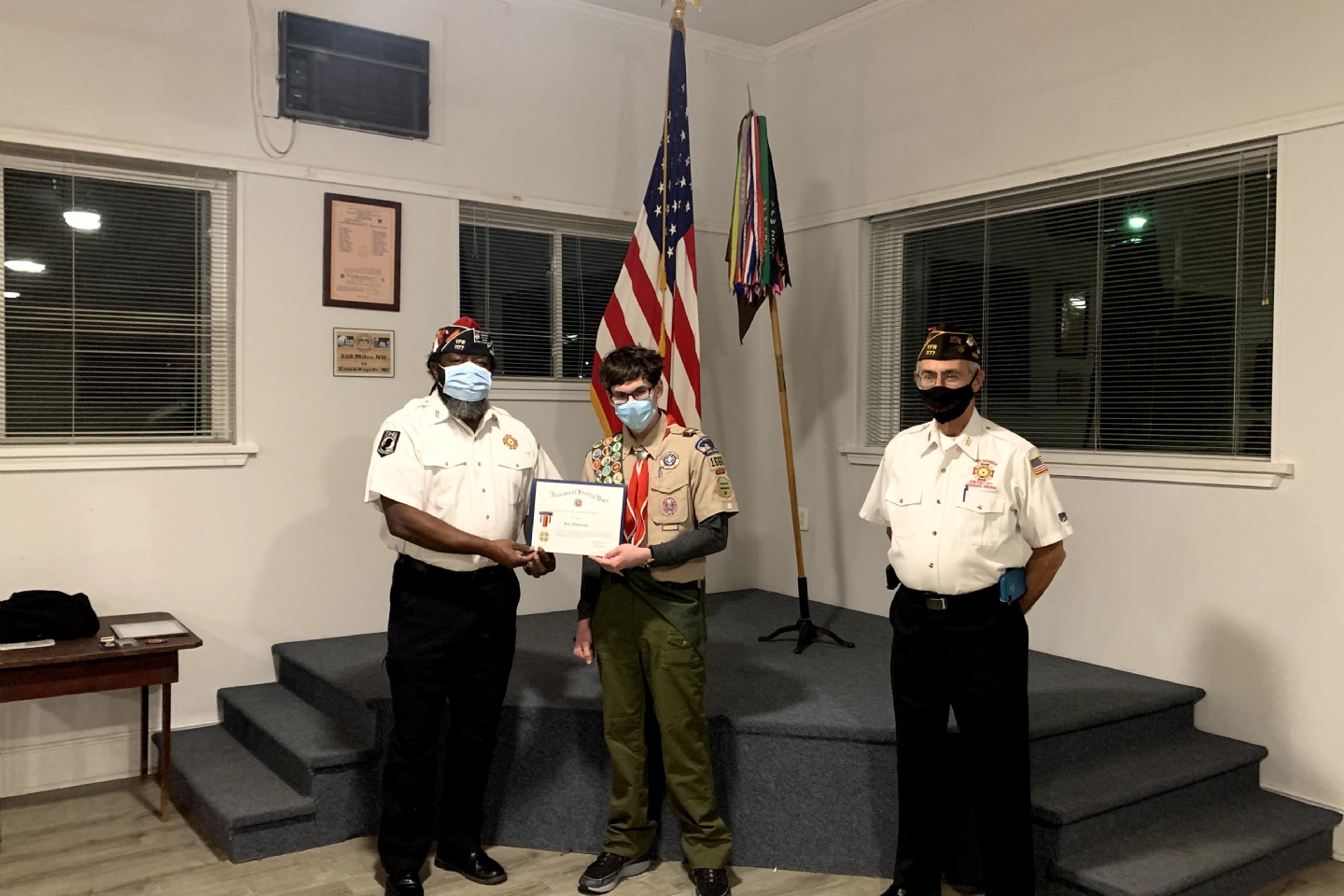 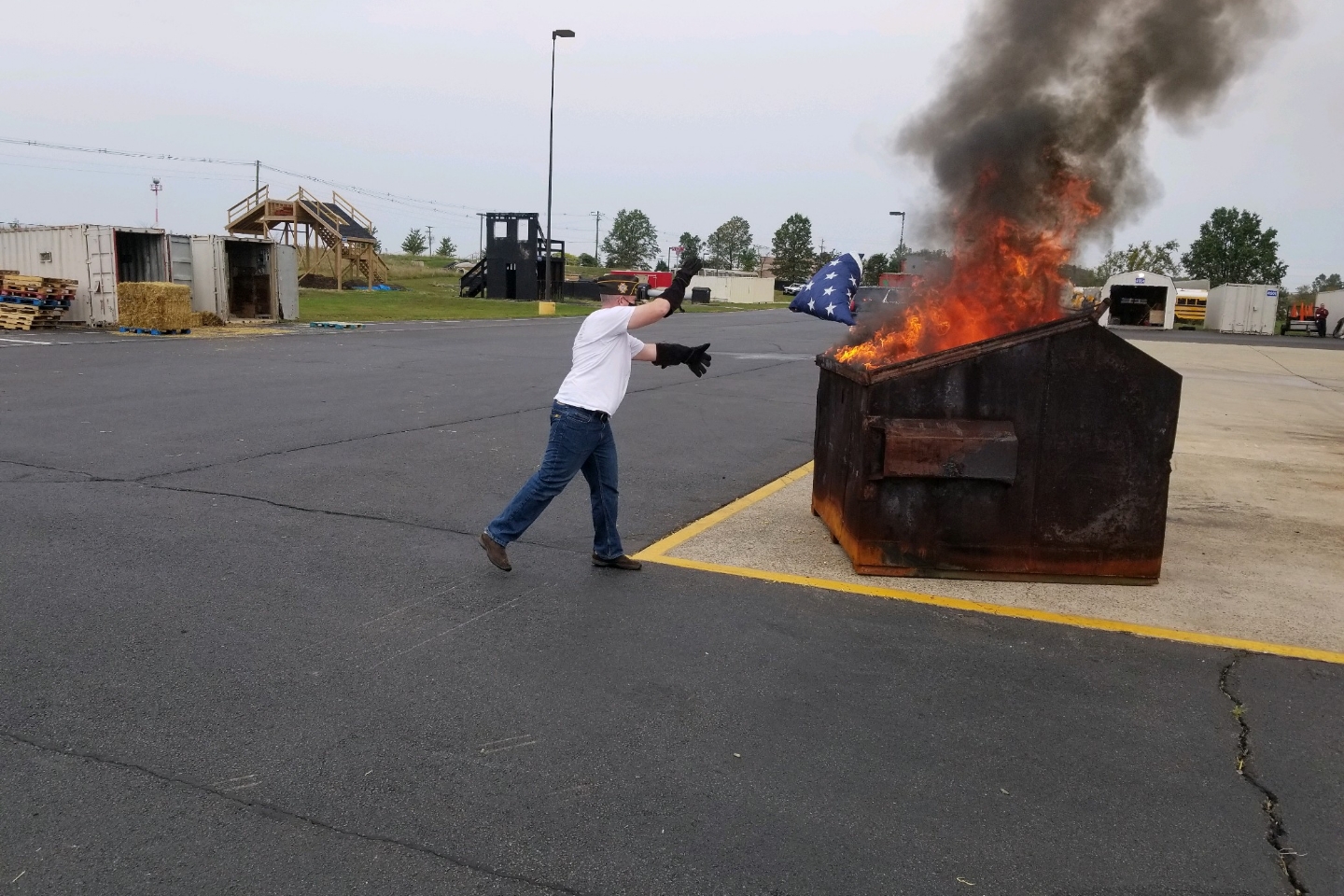 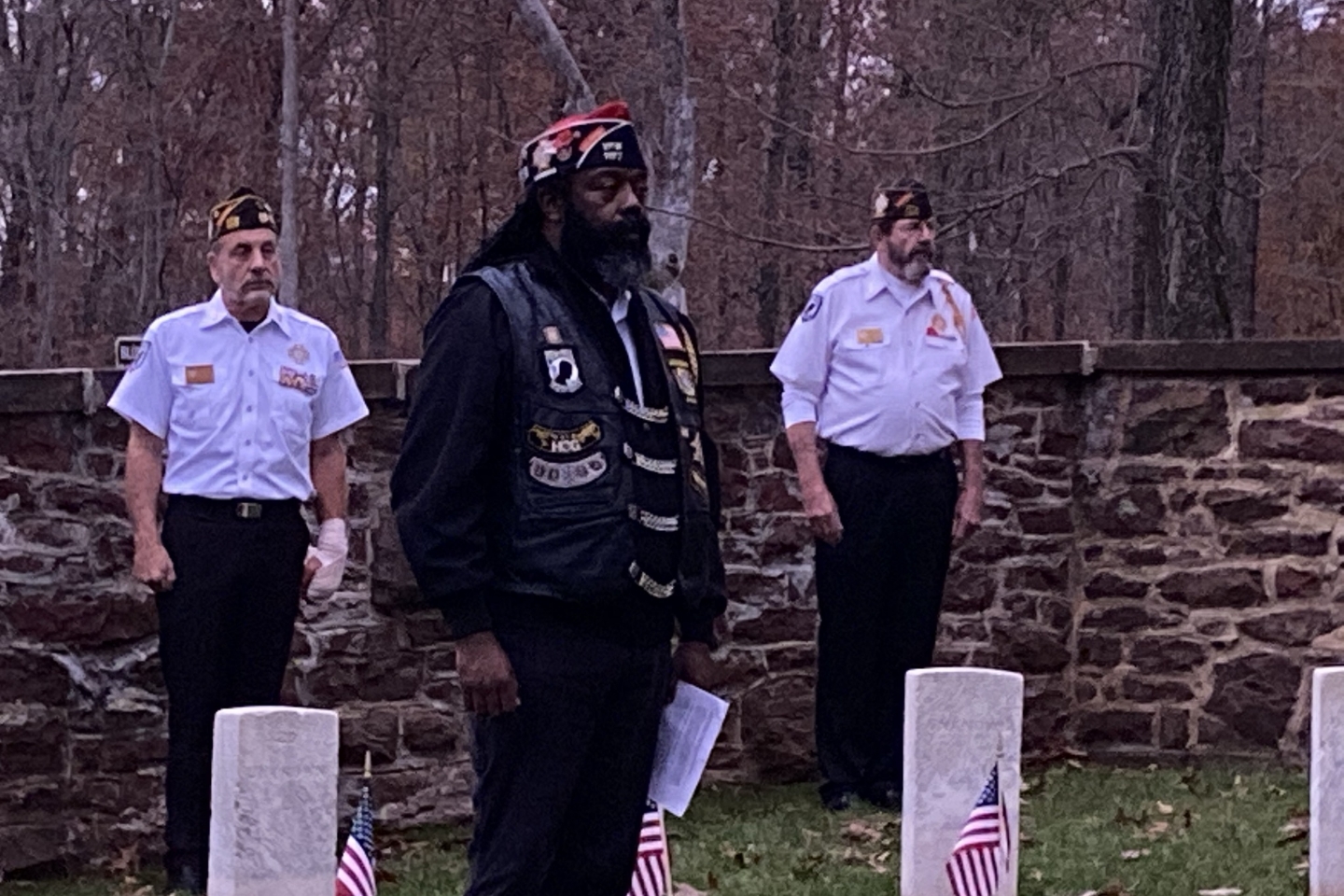