- 9/8/2017
During the September 8th 2017 post meeting, the United States of America Vietnam War Commemoration (VWC) presented the Loudoun County VFW with its flag and certificate in appreciation for the support the post has given the organization as a commemorative partner.  Post members in attendance who are Vietnam era veterans were also presented with commemorative pins in appreciation to for their service.  Coordination between the VWC and Post 1177 was led by Post 1st Year Trustee Stan Dixon. 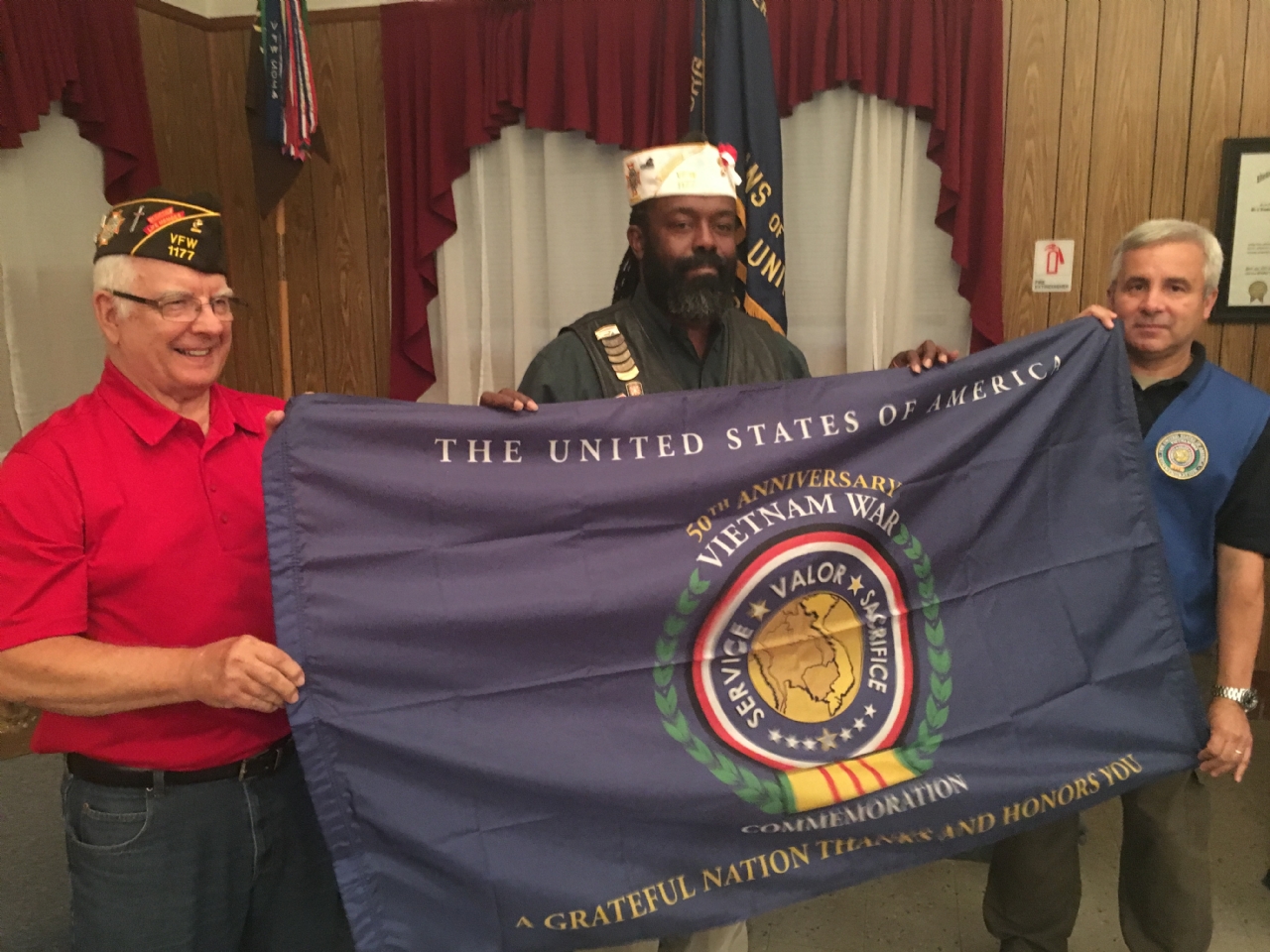 The commemorative program was created to meet the following objectives:
Per Presidential Proclamation, the Commemoration of the 50th Anniversary of the Vietnam War will be honored between May 28, 2012 to November 11, 2025.
More information about the VWC can be found here.