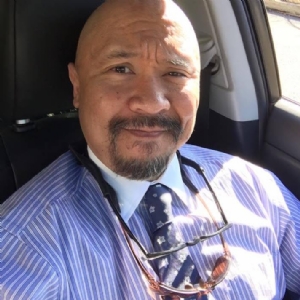 Herbert is a native of Upper Marlboro, Maryland. He is a U.S. Navy academic scholarship recipient and graduated from Capitol Technology University with a Bachelor of Science in Electronics Engineering Technology, in June 1988. Herb graduated from the U.S. Navy Officer Commissioning School (OCS) in Newport, Rhode Island and was commissioned Ensign in November 1988. His active duty tours include USS El Paso (LKA-117) and USS Charleston (LKA-113).  Herb served as the Electrical Officer aboard the USS Charleston. After sea duty, Herb was also assigned to Commander, Atlantic Training Command (COMTRALANT) and is a plank-owner of the Commander, Afloat Training Group Atlantic (COMAFLOATRAGRULANT). At COMAFLOATRAGRULANT, Herb was the officer-in-charge for several major programs, including the consolidation of several U.S. Navy training facilities throughout the Atlantic coast U.S. Navy bases. Herb also served in Desert Shield/Desert Storm and deployed with the USS Charleston to the Mediterranean Sea to support the war effort.

After being honorably discharged from the military, Herb has worked as a business consultant for several companies in the Washington, D.C. metropolitan area, supporting major federal organizations and programs. Herb continues to work on major military programs by providing systems engineering and technical assistance (SETA) expertise. While working for the U.S. Army Headquarters Department of the Army at the Pentagon during 9/11, Herb survived the attack on that fateful day and made a personal commitment to continue supporting our military active duty and veterans through volunteership.